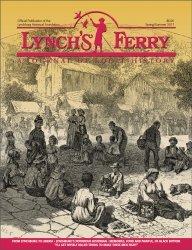 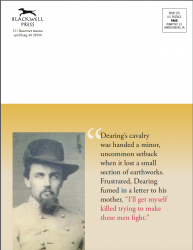 From Lynchburg to Liberia
by Joe Stinnett
Lynchburg and its residents were an important part of the colonization movement of the nineteenth century, which attempted to relocate the country’s African Americans to Liberia, on the West Coast of Africa. Hundreds of Central Virginians, mostly freed on the condition they leave, emigrated between 1829 and 1865, and some of the city’s most prominent citizens were members of the American Colonization Society. William Lynch, the grandson of the city’s founder, freed his slaves in 1842, and financed the journey of nearly twenty people toward an uncertain future.

Lynchburg’s Notorious Historian
by Lucille McWane Watson
One of America’s first muckrakers paid a visit to Lynchburg in 1829, but her pen was so sharp and her views so vitriolic that her anecdotes about the city’s “rich and famous” were not widely known until more than a hundred years later. Now, the renown of Anne Royall continues to increase as she is appreciated as a pioneering woman journalist who traveled the country and published her own books. She claimed her put-down of local Presbyterians was the “first time independence ever made a stand against religious despotism, in Lynchburg.” A lengthy excerpt from her Lynchburg pages accompanies this classic story from The Iron Worker.

Memories, Fond and Painful, of Black Bottom
by Beatrice Hunter
This neighborhood included the area from Fifth Street to Second Street and Federal Street to Monroe Street. It was segregated and poor in the 1950s and 1960s, home to loving families who provided a “blanket of security and love” and a colorful cast of characters better than that “of any movie you could see.” This brief memoir from a former resident should help ensure that Black Bottom is not forgotten.

“I’ll Get Myself Killed Trying to Make These Men Fight”
by Michael Hudson
Lynchburg’s Civil War heritage is well-known. But one of the most interesting of Central Virginia’s four generals never received the accolades that might have been expected, given his transition from a raw, self-centered West Pointer to a leader of men. Campbell County’s James Dearing fought in many Virginia battles, including one of the last, at High Bridge near Farmville. A friend described him as “a superb horseman and an  accomplished artillerist” who “soon became the most popular young officer in the army.” Today, his name is closely associated with Historic Avoca in Altavista.