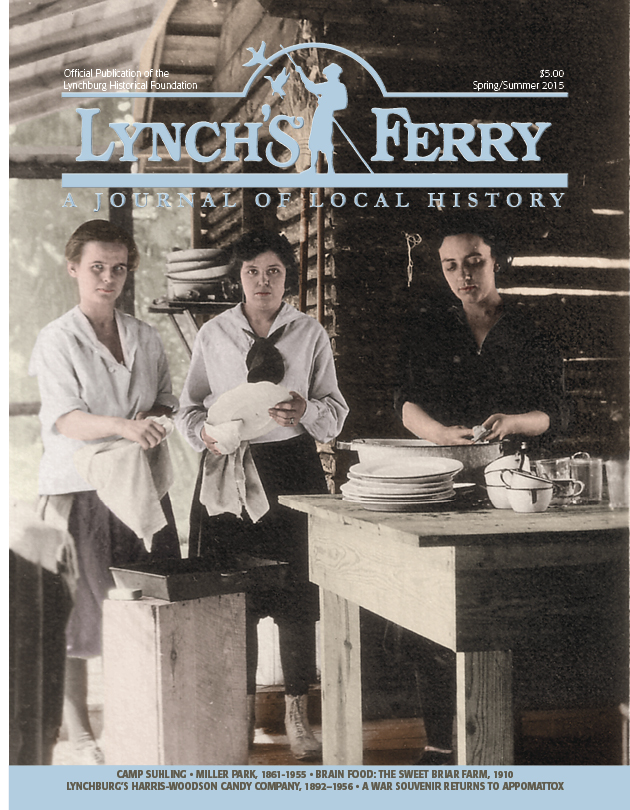 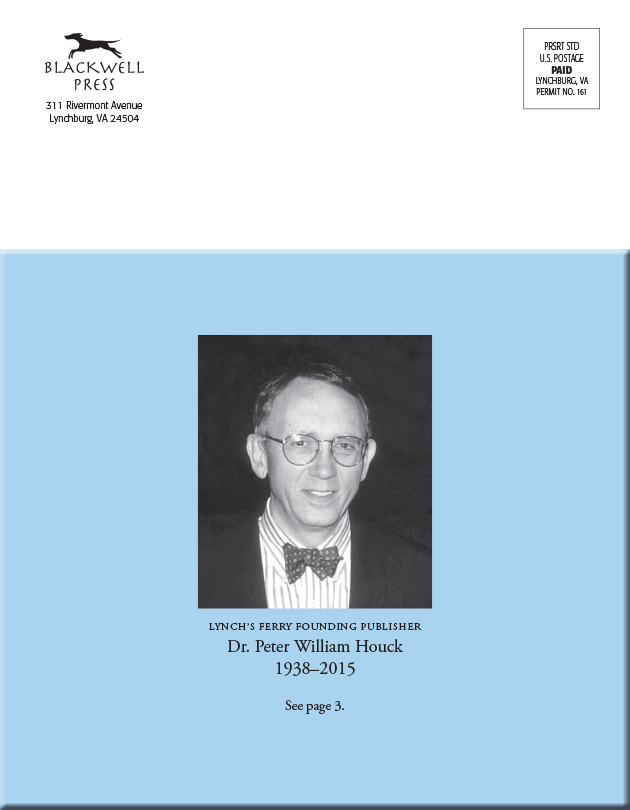 by W. Scott Breckinridge Smith.
With ready access to the countryside, the new Lynchburg chapter of the YWCA looked to create outdoor leadership, recreation, and health-education experiences for its members. This very contemporary-sounding mission started in 1913 and quickly gained momentum with the help of prominent citizens such as Stanhope S. Johnson, Mary Leigh Suhling, and Mary V. Krise.

Based on research presented in the Lynchburg Miller Park Master Plan.
Miller Park, or the “City Park” as it was called during its earliest days, has proudly served the citizens of Lynchburg as a place of leisure and recreation for over 150 years. This article divides the park’s distinguished history into four chronological periods, including a time when the landscape featured a monkey house, a bear pit, and an aquarium. The elks, of course, were donated by the Elks Lodge.

a photographic essay by Frank Cash
with an introduction by Nancy Marion.
Long before “eating local” became a fad, it was simply a way of life for the young women enrolled at Sweet Briar College.

by Marjorie Huiner.
A growing demand for “penny goods”—chocolate drops, mints, peanut crackle, jellies, and butternut kisses—enabled Lynchburg entrepreneurs H. Herbert Harris Jr. and T. A. Woodson to tear down a tobacco warehouse and erect a four-story candy factory in its place. It sounds like every child’s dream, but for Harris’ dutiful only son, inheriting the company entailed plenty of hard work and headaches.

by David Delender Wooldridge.
In April of 1865, Union soldier Elias Hoppes made his way into the county courthouse where he stuffed his pockets with souvenirs. Thanks to some detective work on the author’s part, one item recently found its way home.