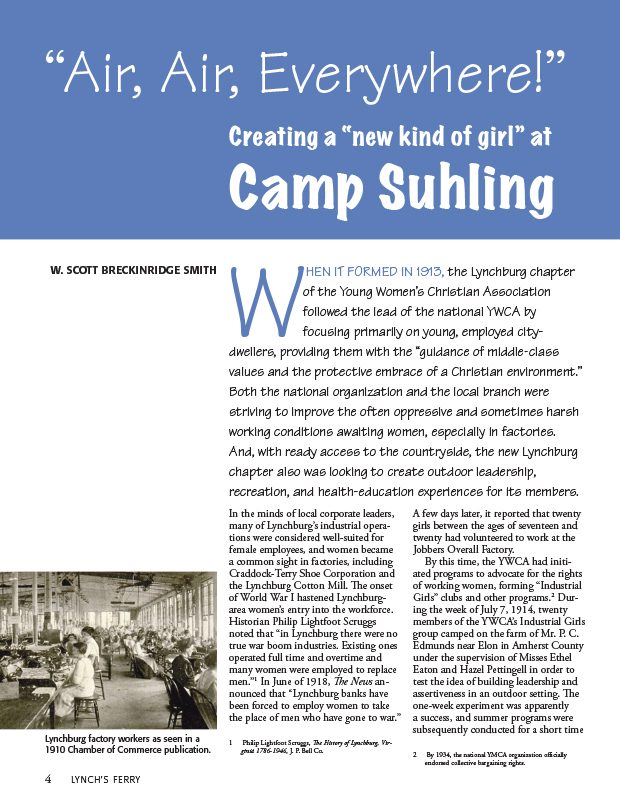 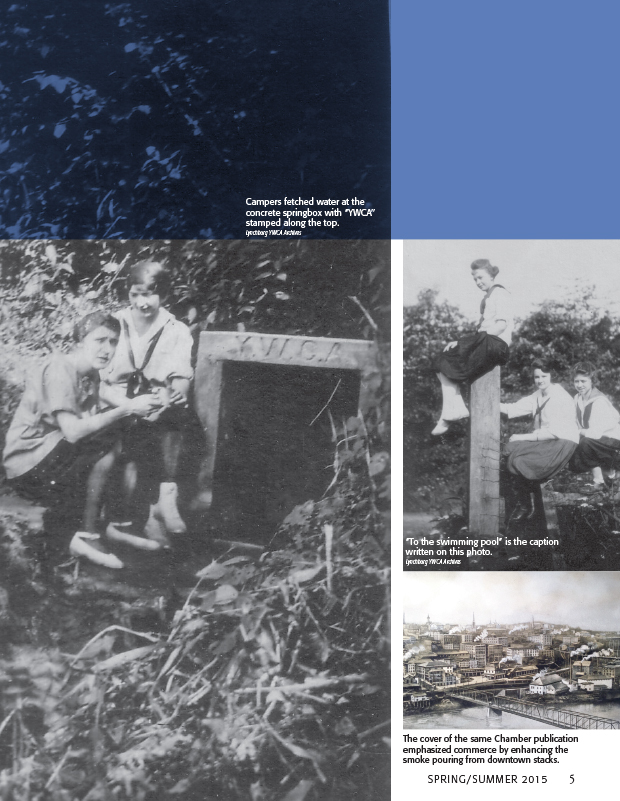 When it formed in 1913, the Lynchburg chapter of the Young Women’s Christian Association followed the lead of the national YWCA by focusing primarily on young, employed city-dwellers, providing them with the “guidance of middle-class values and the protective embrace of a Christian environment.” Both the national organization and the local branch were striving to improve the often oppressive and sometimes harsh working conditions awaiting women, especially in factories. And, with ready access to the countryside, the new Lynchburg chapter also was looking to create outdoor leadership, recreation, and health-education experiences for its members.

In the minds of local corporate leaders, many of Lynchburg’s industrial operations were considered well-suited for female employees, and women became a common sight in factories, including Craddock-Terry Shoe Corporation and the Lynchburg Cotton Mill. The onset of World War I hastened Lynchburg-area women’s entry into the workforce. Historian Philip Lightfoot Scruggs noted that “in Lynchburg there were no true war boom industries. Existing ones operated full time and overtime and many women were employed to replace men.” In June of 1918, The News announced that “Lynchburg banks have been forced to employ women to take the place of men who have gone to war.” A few days later, it reported that twenty girls between the ages of seventeen and twenty had volunteered to work at the Jobbers Overall Factory.

By this time, the YWCA had initiated programs to advocate for the rights of working women, forming “Industrial Girls” clubs and other programs. During the week of July 7, 1914, twenty members of the YWCA’s Industrial Girls group camped on the farm of Mr. P. C. Edmunds near Elon in Amherst County under the supervision of Misses Ethel Eaton and Hazel Pettingell in order to test the idea of building leadership and assertiveness in an outdoor setting. The one-week experiment was apparently a success, and summer programs were subsequently conducted for a short time at the YMCA’s “Treasure Island” on the James River.