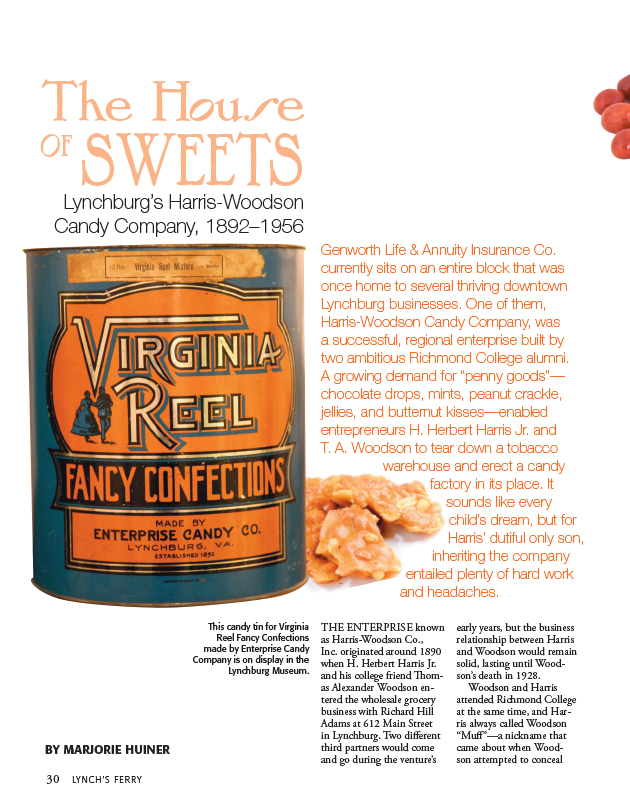 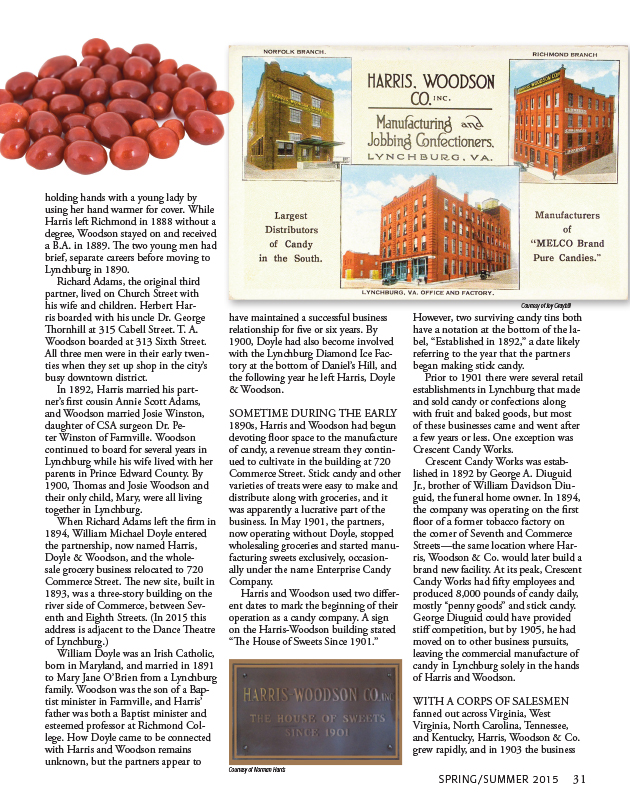 Genworth Life & Annuity Insurance Co. currently sits on an entire block that was once home to several thriving downtown Lynchburg businesses. One of them, Harris-Woodson Candy Company, was a successful, regional enterprise built by two ambitious Richmond College alumni. A growing demand for “penny goods”—chocolate drops, mints, peanut crackle, jellies, and butternut kisses—enabled entrepreneurs H. Herbert Harris Jr. and T. A. Woodson to tear down a tobacco warehouse and erect a candy factory in its place. It sounds like every child’s dream, but for Harris’ dutiful only son, inheriting the company entailed plenty of hard work and headaches.

The enterprise known as Harris-Woodson Co., Inc. originated around 1890 when H. Herbert Harris Jr. and his college friend Thomas Alexander Woodson entered the wholesale grocery business with Richard Hill Adams at 612 Main Street in Lynchburg. Two different third partners would come and go during the venture’s early years, but the business relationship between Harris and Woodson would remain solid, lasting until Woodson’s death in 1928.

Woodson and Harris attended Richmond College at the same time, and Harris always called Woodson “Muff”—a nickname that came about when Woodson attempted to conceal holding hands with a young lady by using her hand warmer for cover. While Harris left Richmond in 1888 without a degree, Woodson stayed on and received a B.A. in 1889. The two young men had brief, separate careers before moving to Lynchburg in 1890.

Richard Adams, the original third partner, lived on Church Street with his wife and children. Herbert Harris boarded with his uncle Dr. George Thornhill at 315 Cabell Street. T. A. Woodson boarded at 313 Sixth Street. All three men were in their early twenties when they set up shop in the city’s busy downtown district.