You are here: Archives » Fall 2018 » The Temptations Are Coming!

The Temptations Are Coming! 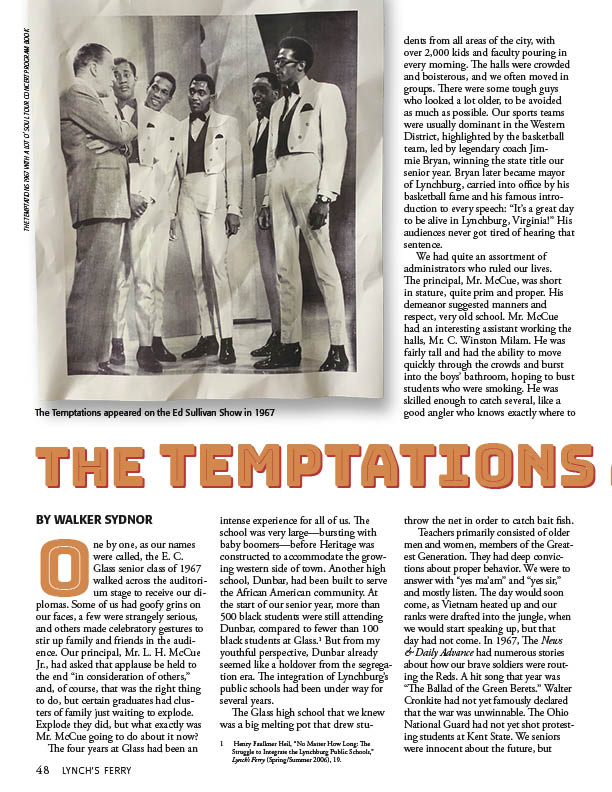 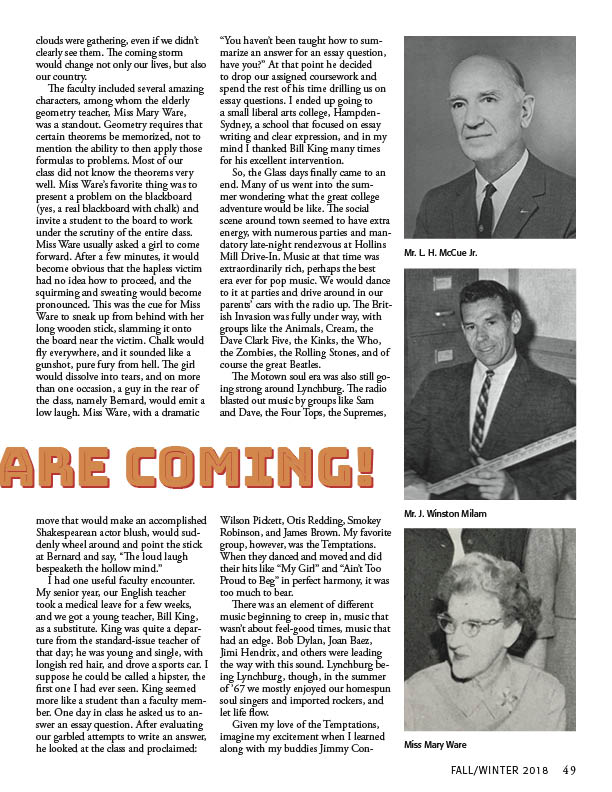 One by one, as our names were called, the E. C. Glass senior class of 1967 walked across the auditorium stage to receive our diplomas. Some of us had goofy grins on our faces, a few were strangely serious, and others made celebratory gestures to stir up family and friends in the audience. Our principal, Mr. L. H. McCue Jr., had asked that applause be held to the end “in consideration of others,” and, of course, that was the right thing to do, but certain graduates had clusters of family just waiting to explode. Explode they did, but what exactly was Mr. McCue going to do about it now?
The four years at Glass had been an intense experience for all of us. The school was very large—bursting with baby boomers—before Heritage was constructed to accommodate the growing western side of town. Another high school, Dunbar, had been built to serve the African American community. At the start of our senior year, more than 500 black students were still attending Dunbar, compared to fewer than 100 black students at Glass. But from my youthful perspective, Dunbar already seemed like a holdover from the segregation era. The integration of Lynchburg’s public schools had been under way for several years.
The Glass high school that we knew was a big melting pot that drew students from all areas of the city, with over 2,000 kids and faculty pouring in every morning. The halls were crowded and boisterous, and we often moved in groups. There were some tough guys who looked a lot older, to be avoided as much as possible. Our sports teams were usually dominant in the Western District, highlighted by the basketball team, led by legendary coach Jimmie Bryan, winning the state title our senior year. Bryan later became mayor of Lynchburg, carried into office by his basketball fame and his famous introduction to every speech: “It’s a great day to be alive in Lynchburg, Virginia!” His audiences never got tired of hearing that sentence.