You are here: Archives » Fall 2018 » The Riverside Town of Bethel on Salt Creek

The Riverside Town of Bethel on Salt Creek 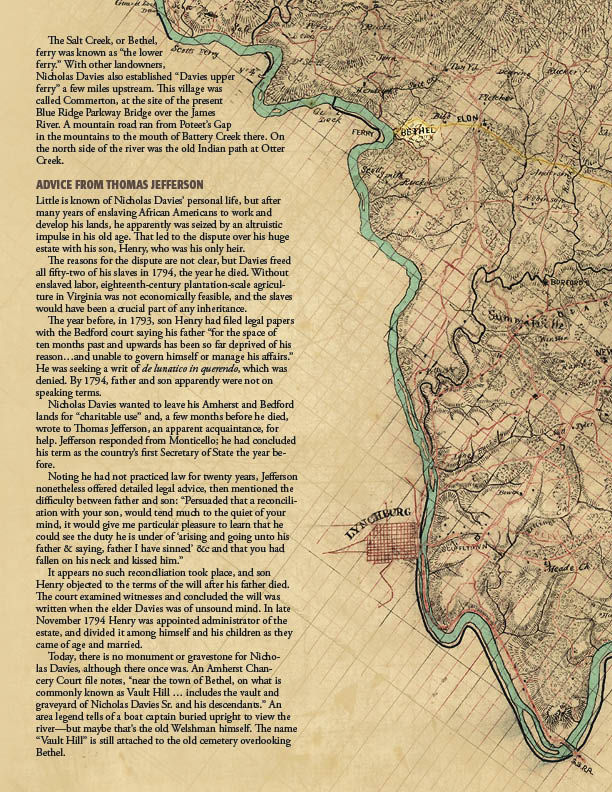 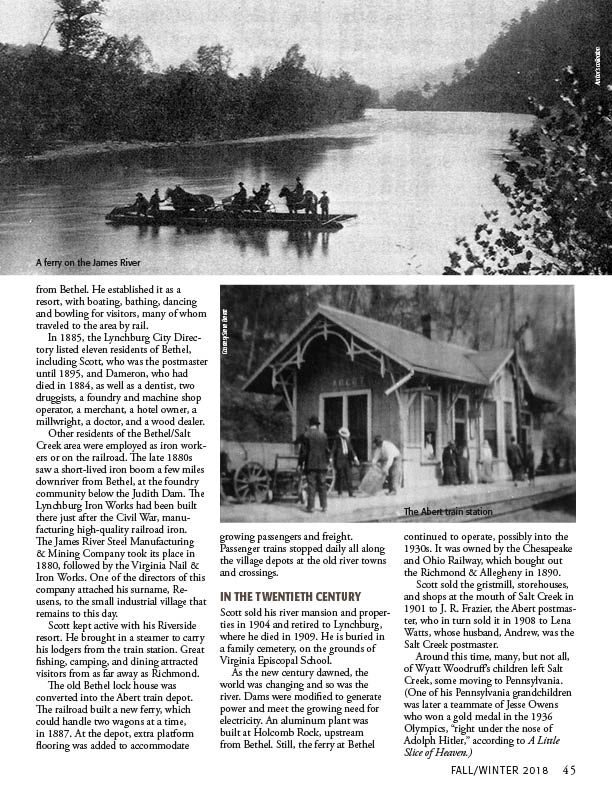 On the James River, above Lynchburg, there is a stretch of water that runs between the Reusens and Pedlar Dams. This section of the James is known mainly for the boat ramp at Monacan Park in the Elon area of Amherst County—a popular spot for boaters, jet skiers, and fishermen. Folks who live or have summer homes in the “neighborhood” know one another fairly well. And nearly all of them knew or knew of Bucky James.
Stanley P. “Bucky” James was considered by many to be the “Mayor of Elon,” a status he enjoyed until his death on January 24, 2017. There is a humorous saying that the James River was named after him. Bucky was always ready to stop, talk, and have a laugh with anyone on the riverside. He was born in 1946, spent the better part of his life on the river, and could expound on the area’s more recent history.
But few know of the history of the old Scott mansion house that once stood where the boat landing is today; or that farther upriver, in the curve above Abert, was a batteau-era town known as Bethel; or that Bucky James was not the first memorable character to serve as the unofficial mayor of this riverside community.

^ Top
Previous page: Should They Stay, or Should They Go?
Next page: The Temptations Are Coming!
Site Map