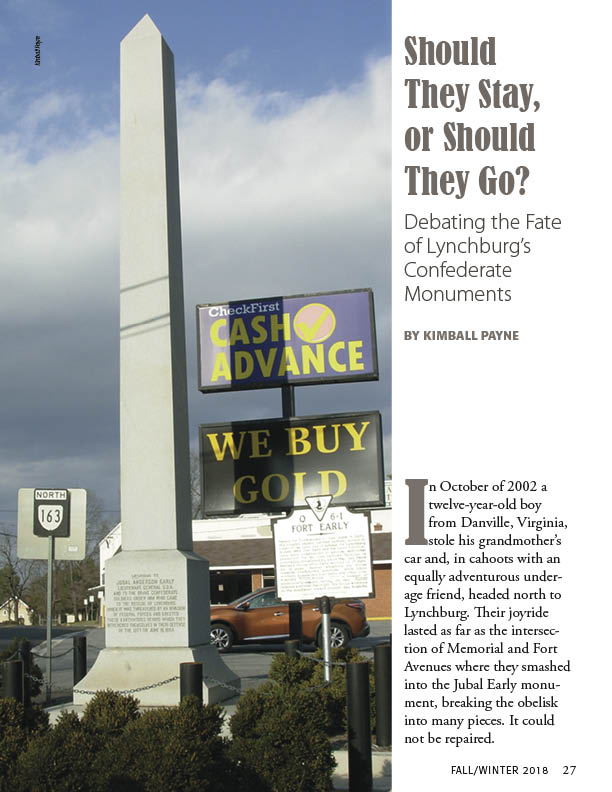 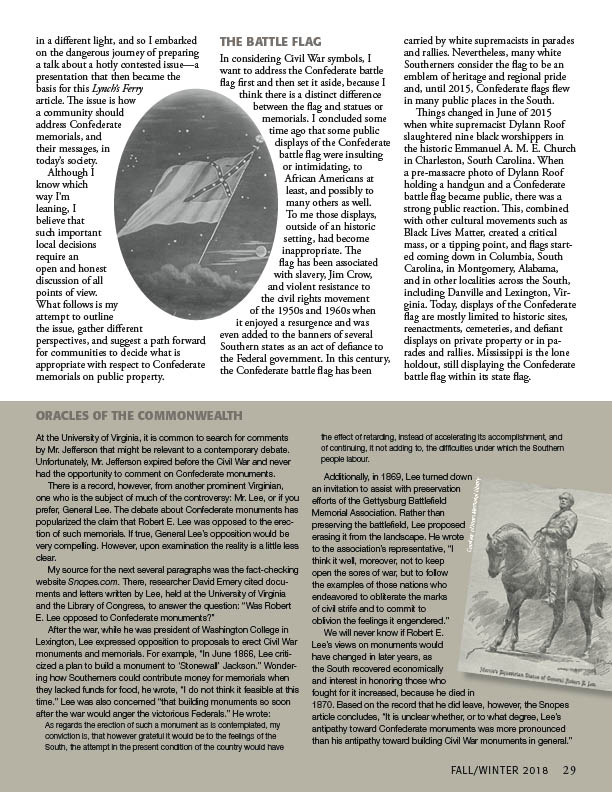 In October of 2002 a twelve-year-old boy from Danville, Virginia, stole his grandmother’s car and, in cahoots with an equally adventurous underage friend, headed north to Lynchburg. Their joyride lasted as far as the intersection of Memorial and Fort Avenues where they smashed into the Jubal Early monument, breaking the obelisk into many pieces. It could not be repaired.
In their 2004 book, Lynchburg: A City Set on Seven Hills, Clifton and Dorothy Potter noted the “joyride” incident as follows:


The boys survived the crash, but they caused a commotion. Some wish to replace the monument, while others would prefer that it remain permanently removed. With the support of the city government, the monument will be replaced; the past must not be edited lest the truth be placed in jeopardy.

The authors’ expectations were met. The City of Lynchburg’s insurance company came through, and the obelisk was replaced in its original location.
Less than ten years later another vehicle hit the monument, cracking the base and forcing its removal until repairs could be made. This time the driver’s insurance company covered the cost, and, as was reported in the September 14, 2012, edition of the News and Advance, the obelisk was reinstalled “without fanfare” about twenty feet back from its original location. According to the paper, “Local history advocates were thrilled over the monument’s return.” There were no quotes in the article from those who might have felt otherwise.
If the Jubal Early monument was destroyed again tomorrow, or a few months from now, or next year, what do you think would happen? I suspect that the incident would spark a protracted public debate about whether it should stay or go.