You are here: Archives » Fall 2014 » Sketches from the Fort Delaware Prison

Sketches from the Fort Delaware Prison 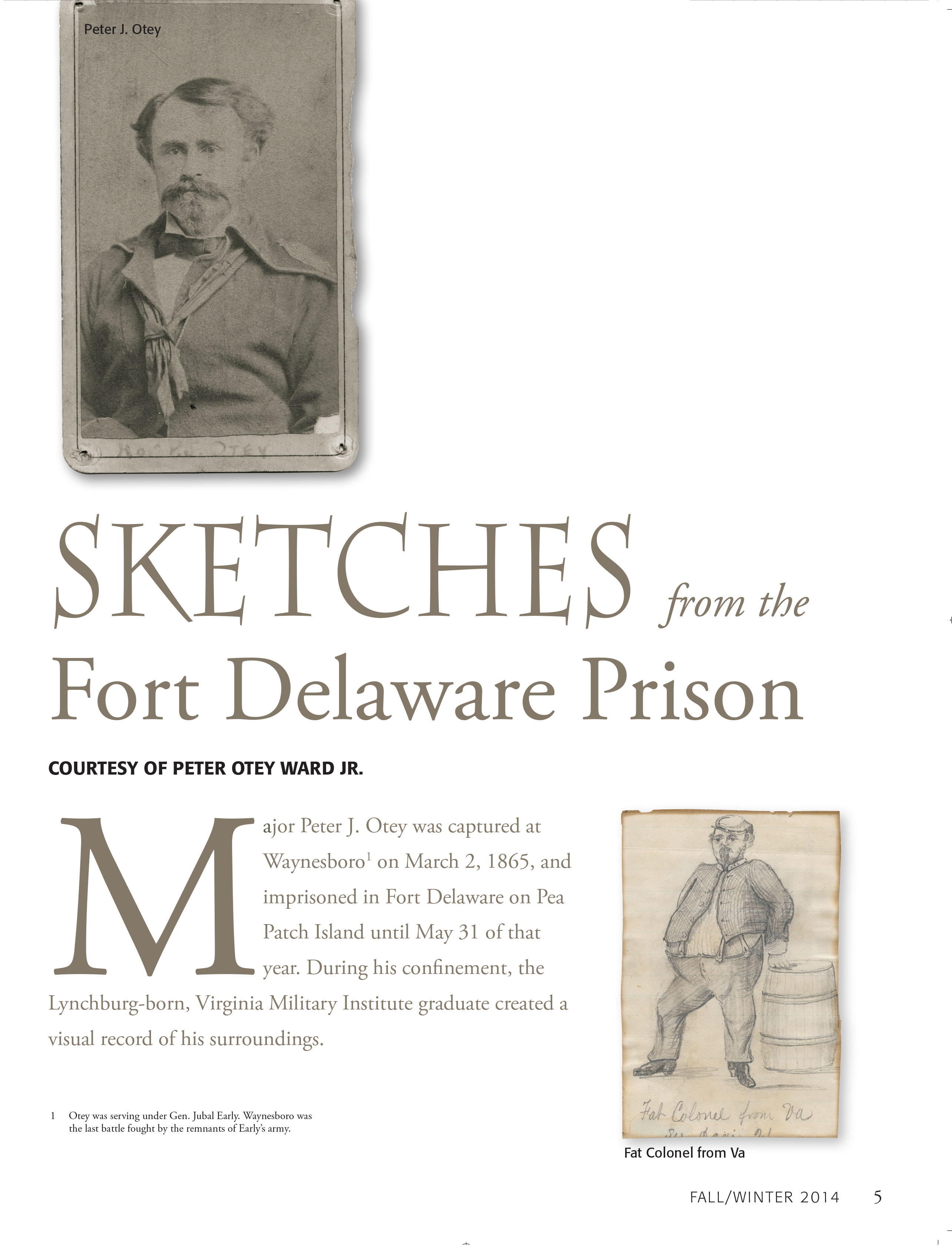 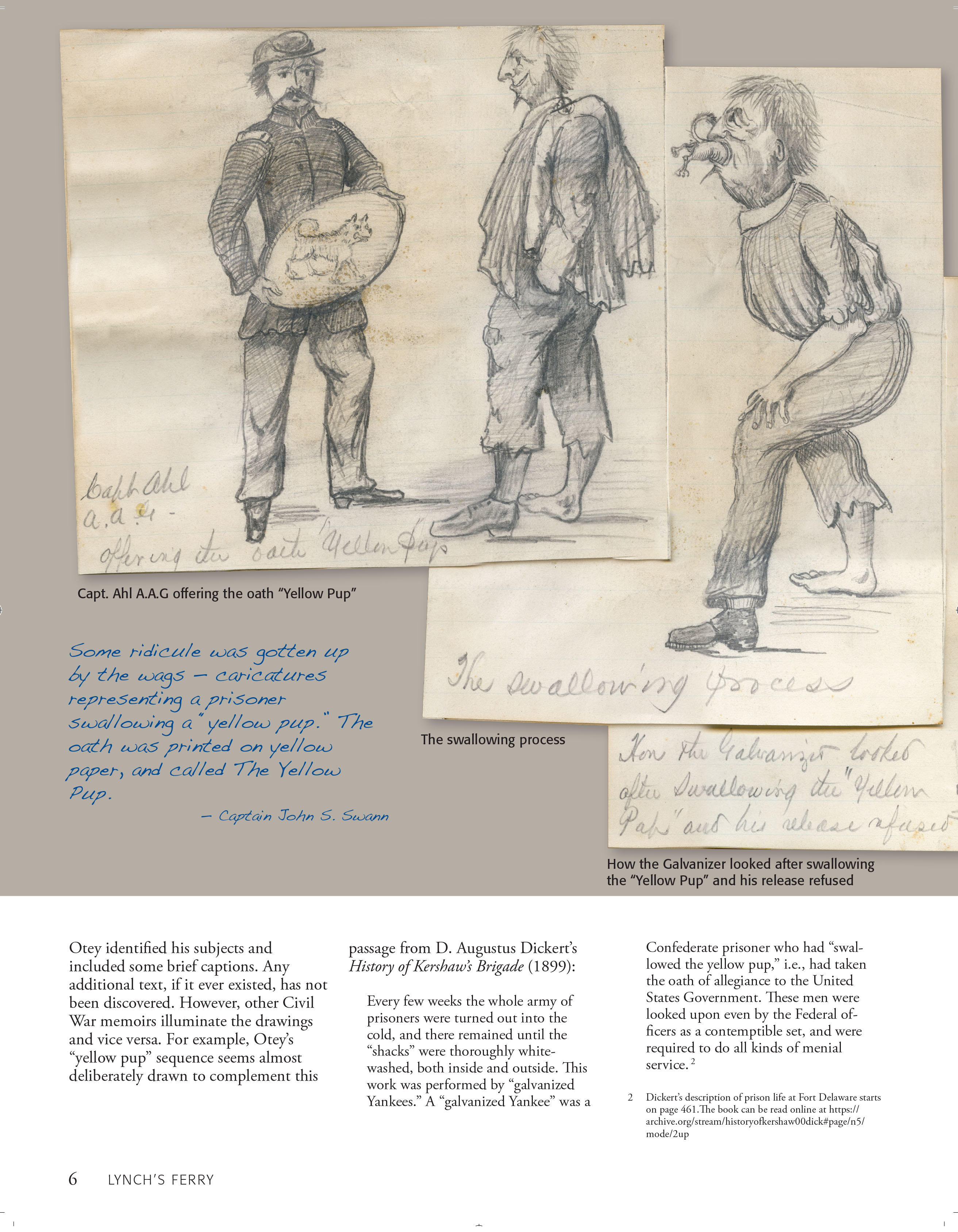 Major Peter J. Otey was captured at Waynesboro on March 2, 1865, and imprisoned in Fort Delaware on Pea Patch Island until May 31 of that year. During his confinement, the Lynchburg-born, Virginia Military Institute graduate created a visual record of his surroundings. Otey identified his subjects and included some brief captions. Any additional text, if it ever existed, has not been discovered. However, other Civil War memoirs illuminate the drawings and vice versa. For example, Otey’s “yellow pup” sequence seems almost deliberately drawn to complement this passage from D. Augustus Dickert’s History of Kershaw’s Brigade (1899):

"Every few weeks the whole army of prisoners were turned out into the cold, and there remained until the 'shacks' were thoroughly whitewashed, both inside and outside. This work was performed by 'galvanized Yankees.' A 'galvanized Yankee' was a Confederate prisoner who had 'swallowed the yellow pup,' i.e., had taken the oath of allegiance to the United States Government. These men were looked upon even by the Federal officers as a contemptible set, and were required to do all kinds of menial service."


^ Top
Previous page: Fall 2014
Next page: The Battle of Lynchburg: A Sesquicentennial Look Back
Site Map