You are here: Archives » Fall 2014 » One Manâ€™s Outrage: Samuel Miller and the Day the Yankees Came

One Manâ€™s Outrage: Samuel Miller and the Day the Yankees Came 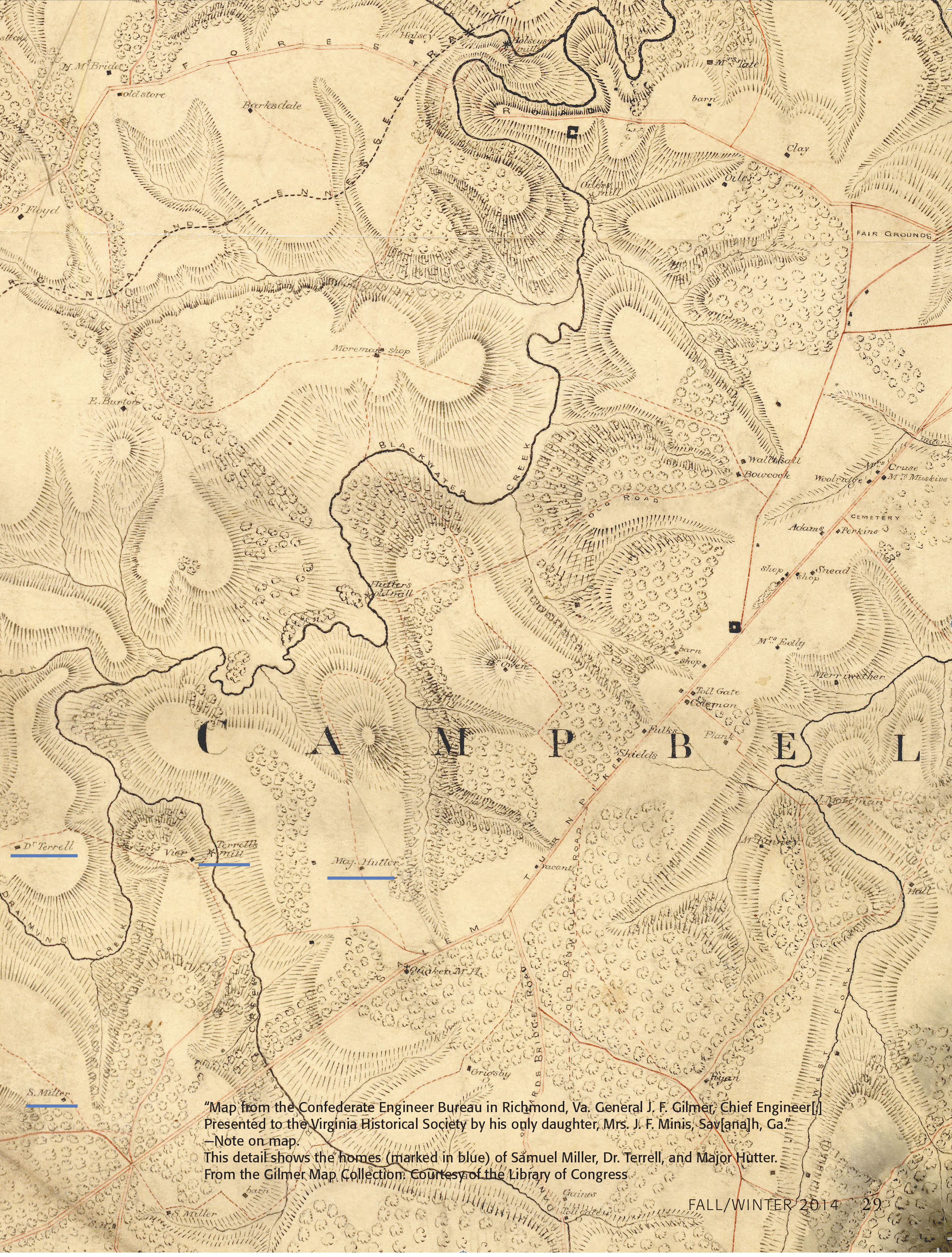 The Battle of Lynchburg, a brief but significant military engagement that occurred west of the 1864 city limits, has been thoroughly chronicled over the years, both in print and more recently, in a very professionally crafted documentary film. With the establishment of the Historic Sandusky Foundation in 2000, a new dimension was added to the preservation of that episode of local history. Although the plight of the Hutter family at Sandusky is well known, their rural neighbor, less than two miles away, had his own confrontation with Union intruders.
Thursday, June 16, 1864 Weary, having been in the saddle for days, a small detachment of Confederate cavalrymen and their exhausted mounts retired northeastward toward Lynchburg along the Salem Turnpike (now US 460, Timberlake Road). Their
mission: warn nearby residents that Federal cavalry, infantry, and artillery were not far behind. Major General David Hunter, commander of the Union Army of West Virginia, was threatening Lynchburg from the west, continuing his campaign through the Shenandoah Valley. Only days earlier, the Virginia Military Institute had been burned. Now, Hunter’s two infantry and two cavalry divisions—18,000 strong—were at New London, some fourteen miles distant. Although vital to the logistical support of General Lee, Lynchburg had been unscathed by three years of war. Now,
the conflict was about to become a very personal event for its citizens. Hunter’s forward elements were expected to reach the city’s outskirts by the following afternoon.

As an adjunct to his military past, Barry Rudacille has visited many U.S. historic sites and battlefields, from Jamestown Fort to Pearl Harbor. However, it was during his youth that he explored the “Yankee occupied terrain” described herein. From the fields, forests, and streambeds of Fort Hill and Sandusky, to the headwaters of Blackwater Creek and beyond, he can recall how that once rural landscape probably appeared in 1864, long before it was obscured by suburban development.
While an undergraduate student resident of the historic Lawn
at the University of Virginia, he gained an appreciation for historic preservation, an interest later reinforced when his parents purchased a nondescript early nineteenth-century farmhouse
in Campbell County. Years later, he and his wife Judy would research and nominate that property, the Samuel Miller House, for the National Register of Historic Places.
The author is skeptical of Yancey’s narrative regarding the intimidation of Miller by gunfire (into the ceiling), due to the risk of precipitating the unintended death of this frail, bedridden,
elderly man. Even Miller’s own newspaper complaint failed to acknowledge such a distressing event. To satisfy his curiosity, Rudacille thoroughly examined the attic 120 years later and
found neither ballistic evidence nor repairs that would support the gunfire assertion.