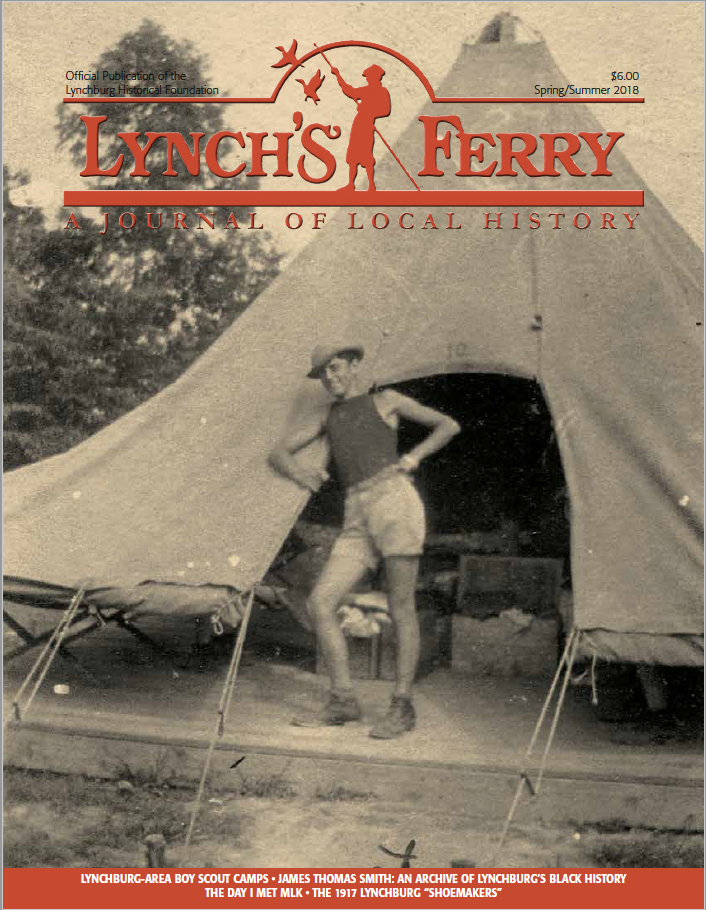 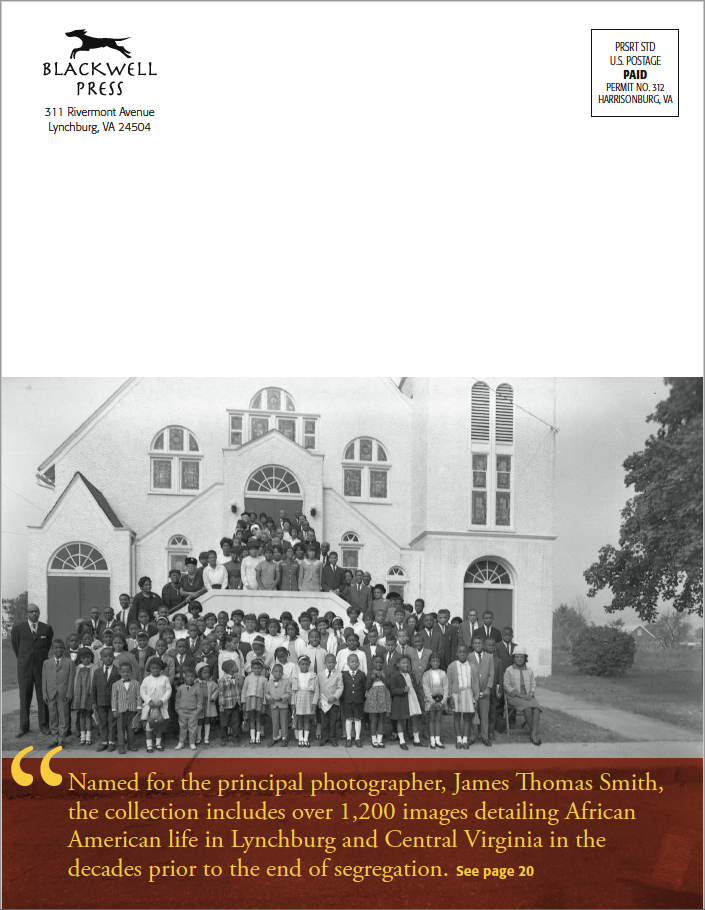 Training America’s Youth in “Woodlore, Watersports, and the Mysteries of the Great Outdoors”: Lynchburg-Area Boy Scout Camps in the Twentieth Century
by W. Scott Breckinridge Smith
Three years ago, author Scott Smith brought a good dose of fresh air and sunshine to the spring-summer issue with his essay on local, early twentieth-century YWCA camps for young women. His beautifully illustrated current offering will no doubt have the same regenerative effect. Be Prepared!

Through the Lens of James Thomas Smith: An Archive of Lynchburg’s Black History

by Laura Wilson
Readers will be delighted to see sample photographs from the Smith Collection appearing at long last in print. As Wilson points out, The Smith Collection is especially important to scholars for two reasons: “The first is the vast scope of everyday life captured in the collection...The second reason is the general exclusion of African Americans from the mainstream Lynchburg news media through the turbulent years of the 1950s and 1960s.”

The Day I Met MLK
by Charles E. C. “Chuck” Moran
In a publication that prizes “mystery pictures” and rarely seen photos, the story of author Chuck Moran’s search for a snapshot from his childhood is a treasure. It also stands as a tribute to all those who assembled in the E. C. Glass High School auditorium on March 27, 1962, to support a controversial pastor leading a nonviolent revolution.

The 1917 Lynchburg “Shoemakers”
by Vince Sawyer
In January 1917, baseball fans—including the mayor of Lynchburg, prominent pastors, and the city’s leading businessmen—rallied to field a team in the six-team Class C Virginia League. On April 6, two days after the Lynchburg Shoemakers' first practice, the U.S. officially entered WWI—an announcement that would soon dash the hopes of fans and players alike. Kudos to Vince Sawyer for bringing this brief season back to life.